When I teach Managerial Accounting, I emphasize to students that in many areas of business it is necessary to read numbers and understand the patterns that are present.   I have always wondered why some very smart students who study are unable to do either one.   Perhaps it is due to dyscalculia.

Two fundamental skills underlie almost everything I do in the course:

An example of the first skill would be:

Another example would be:

The task seems simple.  But there are very smart students at the universities I’ve taught at, and a significant percentage have great difficulty with it.   Students will spend a lot of time in memorization for this type of problem soon to appear on a test, but they never truly get it. 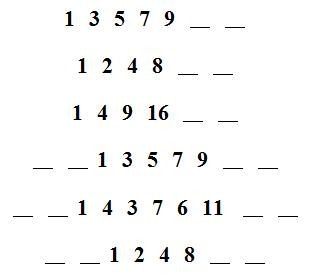 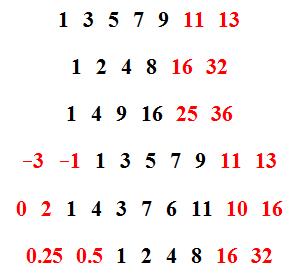 The task seems simple.  But there are very smart students at the universities I’ve taught at, and a significant percentage have great difficulty with it.

I know that many accounting professors ridicule students who can’t perform either task, claiming that students deserve bad grades because they never put in the study time to learn what is necessary.  Not me.  I’ve always thought that there is a missing piece to the puzzle of easy problems that are unsolvable for some smart college students.

Students with a bad case of dyscalculia will have difficulty in identifying the numbers in the following image.

The current thinking is that these are not physical or intellectual incapacities, but rather they are functional or learning difficulties.  All can be overcome.  Dyslexia, which probably affects 5-10% of the American population has received much attention.  But so has dyscalculia, which is thought to afflict a similar percentage of the population.  To see the range of exercises available to combat this learning problem with numbers, visit dyscalculia.org.

Professors, it might be appropriate to refer some students to your campus disabilities office.

To learn more about dyscalculia, please read this wikipedia article.